Who were the Comancheros?

The Comancheros were natives of northern and central New Mexico who conducted trade for a living with the nomadic plains tribes, often at designated areas in the Llano Estacado. They cut trails followed by traders and later ranchers and settlers. They were so named because the Comanches, in whose territory they traded, were considered their best customers.

Henry Crawford, living history interpreter, dressed as a Comanchero with a carreta (cart) and trade goods.

Traders of the Caprock

The name elicits a sense of Old West danger and adventure even today, but the popular image of gun-running renegades is more a product of late 20th century fiction than reality. The word itself refers to the mestizo and Puebloan merchants of the Rio Grande Valley of Northern New Mexico, who once roamed the llano estacado in search of trade with nomadic bands of Indians, most notably Kiowa and Comanche. Although the early history of commerce between the buffalo-hunting Plains tribes and the more agrarian settlements of Nuevo México has been lost, it had almost certainly existed for centuries. Journals from Coronado’s expedition in search of the fabled Seven Cities of Gold mentions the trade as early as 1541.

“…people follow the cows [bison], hunting them and tanning the skins to take to the settlements in the winter to sell…” Lithograph of a painting by Frederic Remington (1905), shows Francisco Vázquez de Coronado on his ill-fated quest to find the Seven Golden Cities of Cibola.

It wasn’t until the signing of a peace treaty between the Spanish government and the Comanches in 1786 that these New Mexican merchants began to develop into a distinctive culture. The Comancheros flourished for nearly ninety years, until the last band of Comanches surrendered to the United States Army at Fort Sill, Oklahoma, in 1875.

Comancheros often traveled great distances in search of customers. Nineteenth-century writings place them as far north as the Platte River, south to the Davis Mountains, and east as far as the Wichita Mountains. But West Texas and the Caprock Canyons areas — including Briscoe, Floyd, Hall, Motley and Swisher Counties — encompassed many of their favorite rendezvous points.

In its infancy, trade with the Plains tribes was characterized by small parties or family units venturing onto the Plains with a few pack animals, carrying a meager supply of food, cloth, and metal such as arrowheads. It wasn’t until the 1850s that the trade developed enough to justify organized caravans regularly crossing the llano estacado with an ever-expanding selection of merchandise, the ungreased wooden axles of their lumbering carretas squealing loudly beneath drifting clouds of dust that could be seen for miles.

Although myth would have it that the Comancheros dealt primarily in guns and whiskey, it appears the New Mexicans never had an abundance of firearms to offer. Instead, more common staples, such as bread, flour, and corn meal, were extremely popular with the Indians, whose diet consisted largely of the meat of the bison. Other products included sugar, leather items such as bridles and saddles, blankets, conchos, dried pumpkins, onions, tobacco, and dry goods of fabric, needles, and thread. In return, the New Mexicans received horses, mules, buffalo robes, and dried meat. It was only toward the end that the image of the traders began to change.

By the late 1850s, Anglo advancement onto the Plains was beginning to complicate an already complex relationship between the Comancheros and the Comanches. In an effort to procure better trades with the New Mexicans, the Comanches began raiding settlements in East Texas and wagon trains along the Santa Fe Trail, stealing vast herds of cattle and horses, and, most notoriously, taking captives, generally women and children. Many of the hostages not killed or assimilated into the tribe wound up at Comanchero trading sites, where they were offered for ransom to the New Mexicans. When a trader did free a captive, he expected to be reimbursed for the merchandise used in the barter. 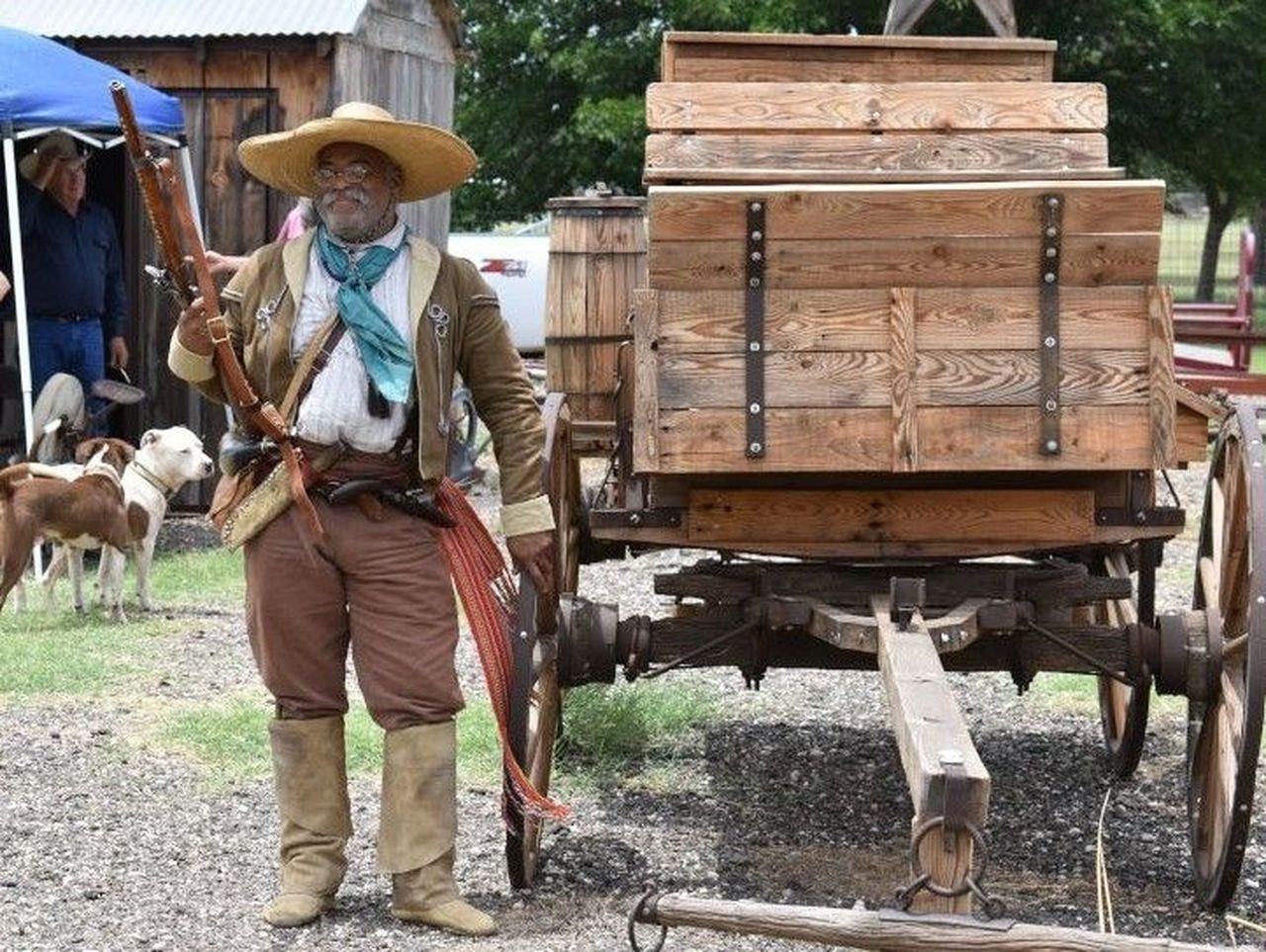 This put the Comancheros in a seemingly untenable position. Did they ignore the plight of East Texas settlers who, in all likelihood, would have suffered such raids and captures anyway? Or did they attempt to liberate what captives they could, freeing a few, but at the same time creating a more lucrative market for the kidnappers?

Also by the late 1850s, unscrupulous Anglo and Mexican traders, sometimes backed by businessmen from Santa Fe and other settlements along the Santa Fe Trail, began to appear on the llano estacado. Many of these individuals not only encouraged raiding by the Comanches, but would also occasionally participate. As time passed, so did the character of the Comanchero. Whiskey became a more popular trade item for Indian plunder, and the situation only worsened with the advent of the Civil War and the withdrawal of U.S. troops from Texas and New Mexico. In time, firearms became as prevalent as hard bread and decorative silver, while the items sought in trade from the tribes increasingly became cattle and horses, rather than buffalo robes and buckskins.

Such a trade couldn’t last forever, especially after the Civil War and the subsequent influx of Anglos from the battle-torn East. By the late l860s, the military had returned to the frontier, and a push was made to stop the illicit trade for stolen cattle. Faced with relentless pursuit, the Comanches were finally forced onto reservations in Indian Territory, their defeat signaling an end to a partnership that had endured since before the time of Coronado.

Although Comancheros continued to travel to the reservation to barter with the Comanches, decreasing profits and the rapid settlement of the Plains soon put an end to their annual treks. In 1880, the last Comanchero party left the pueblo of Santo Domingo, traveling to Oklahoma where the traders discovered the Plains tribes had been unable to procure any buffalo robes or meat during the preceding year. After staying awhile to visit with old friends, the Santo Domingans quietly returned to their pueblo, marking an end to a way of life their ancestors had pursued for generations.

Michael Zimmer writes Western and historical fiction. His work has been praised by Booklist, Library Journal, Historical Novel Society, and others. Born in Indiana, and raised there and in Colorado, Zimmer now resides in Utah with his wife, Vanessa.

Encyclopedia of the Great Plains- "Comancheros" by Pekka Hämäläinen